My friends and I have decided the way to a man’s heart is not through his stomach, rather a bandage dress. Apparently, Hervé Léger is trying to make it so the only way I can get one is through them. The signature bandage is actually trade dress for the company and a court shut down a company named Stretta’s production of anything resembling said dress. All this leaves me wondering who Stretta had as attorneys. While I ABSOLUTELY think fashion should be protected, I have seen cookie cutter bandage dresses at every price point and on every class of woman. I would have gone to the mall, picked up each and every bandage dress I could find, rolled them into court on an industrial strength rolling rack and argued abandonment until I was blue in the face. I didn’t even know they ACTUALLY considered the dress trade dress and I can’t believe the court actually upheld it. Source

Welp. It is pretty well known that ours is the most litigious county in the world. Where US courts found infringement and awarded Gucci $4M last year, Italian courts were not having it and dismissed the case entirely. Source 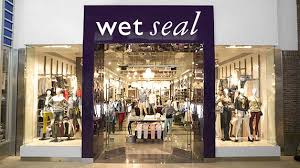 Wet Seal settled a race discrimination case for $7.5 Million. This discrimination was pretty systemic, reaching from the corporate heads, down to the greeters in the front of the store. The newly appointed board decided the way to enhance the image of their store was to eliminate the black faces. They scooted black workers to the back of the store and refused black managers promotions and pay increases. Dear Wet Seal: The way to give your store a better image is WITH BETTER MERCHANDISE. I worked at Arden B. in college and the merchandise was higher quality and with it a better store image. Now it’s little better than it’s teen counterpart. Dah well. Here’s hoping between the settlement and declining profits they will finally call it quits.